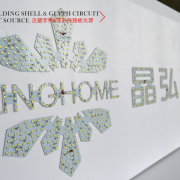 Due to the LED lighting being very popular, led PCB is widely manufactured and used, it is used in almost every industry, even in our home.

PCB is commonly known as LED PCB or PCB Board for LED, it has many names, including the LED circuit board, LED aluminium PCB, led PCB board, etc., but they all refer to one thing.

What is the SMD LED PCBA board?

LED is a light-emitting diode, a semiconductor that emits light when an electric current flows through it, that’s why it is famous and widely used.

Now LED has already taken place the traditional lighting methods, because it is more reliable, more durable and more efficient. And according to the lighting area and requirements, a combination of LEDs will be used. In most cases, SMD LEDs can provide excellent brightness and lumens. Moreover, a special SMD LED PCB board is widely used in the signage area, the LEDs are well distributed on the aluminium circuit board base, named led PCB.

LED is known for a long lifetime, for example, an SMD LED can light up for an average of 100,000 hours, or even more. This is why LEDs are the most popular light source in the market.

Why aluminium LED PCB board?

Because LEDs give off too much heat when they light up, the baseboard must have excellent heat dissipation capacity. While aluminium material can dissipate heat efficiently without using the heat sink. While transferring heat to the aluminium base, PCB can efficiently dissipate a large amount of heat, this is why LED PCBA can work for a longer. Moreover, aluminium material can withstand high temperatures, but not bend or deteriorate. So LED PCBA circuit board is preferred because of more durable and long-lasting.

What advantages of the LED PCBA board?

LED PCB has been used for LED Lighting for a long time, and the LED signage area was a fresh new challenge. The demand for LED PCB assembly and design are increasing (ODM/OEM orders), and the assembly technology is changing with each passing day also.

FOG Lighting is a professional one-stop service provider for LED signage as well as its components, including LED PCB and ABS shells. For the LED PCBA assembly service, FOG Lighting can offer LED PCB prototype manufacturing, prototype assembly, and PCB LED circuit design for our clients. ODM/OEM LED PCB board are welcomed.

If need to design the LED PCBA for your signage, or make the LED shopfront LED signage for your shop, pls feel free to contact us via [email protected].